Charcoal burners of the Guadalupe

June 21, 2020
Around the Sophienburg, Sophienblog 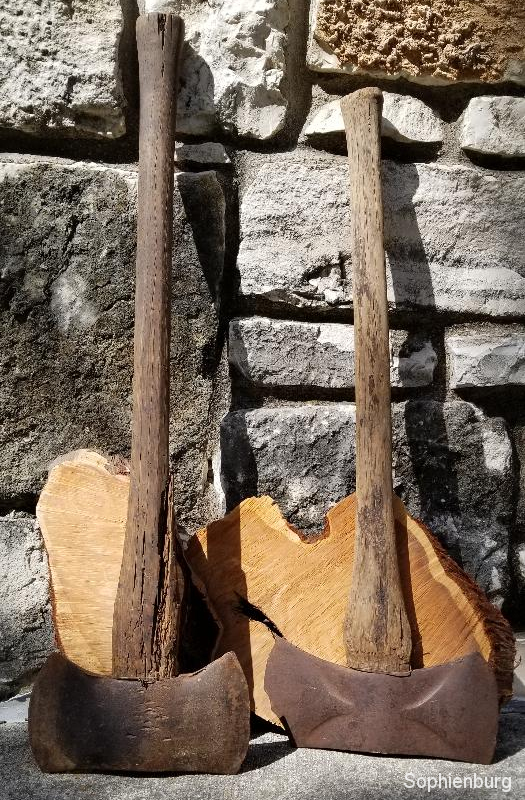 A year ago, I alluded to a book, Charcoal and Charcoal Burners, published in 1950, by Fritz and Emilie Toepperwein of Boerne. From around 1870 until 1919, the name Charcoal City was given to a region of land in the Guadalupe River Valley that extended from Sisterdale (Kendall County) on the north to just above New Braunfels (Comal County) on the south. Because they found little written reference to these people, the Toepperwiens took to the road collecting oral histories that they used to document charcoal burner families, their personal stories and the locations of the “towns” which made up Charcoal City.

The first settlers in this heavily-forested, water-rich area were German immigrants. By the 1850s, they had established small farms by clearing the land of trees and stones to give them fields and pasture land. They used the cedar trees for fence posts and to burn charcoal.

In the tough, lean time following the Civil War, a new wave of immigrants began arriving in the Guadalupe River Valley. These were Anglos — poor, destitute, homeless white men and their families — from southern states who were of English, Irish and European heritage. These people needed work.

A symbiotic relationship developed between the German farmers and the new settlers. They were put to work to clear the farmers’ lands for new fields; in return, they kept the wood, mostly cedar, which they turned into charcoal and sold in San Antonio.

The Anglo settlers, now charcoal burners, were basically squatters who settled on both banks of the Guadalupe River. Most lived in tents or crude wood shelters with dirt floors. They tended to gather in small “towns” named Happy Valley, Richter’s Flats, Wilke’s Bend, Engel’s Crossing, and String Down. The air on this stretch of the Guadalupe was generally always filled with the dense, aromatic, cedar-perfumed smoke of burning charcoal kilns — hence the area was called Charcoal City.

Charcoal burning didn’t require much: a sharp axe, a shovel, a long pole with an iron hook, some old grain sacks and lard cans, a flatbed wagon and team of horses or mules. A man also needed a strong back and a willingness to work hard. Charcoal burning was as hot and physically demanding a job as ever there was:

“You can’t build a kiln under a shade tree, lessen you want to burn down the tree … when you have to draw out a kiln, that is about the hottest spot between here and the boogy man.”

The process of carbonizing wood without burning it to ash was fairly straightforward. The axe was used to cut two to three cords of cedar (a cord is roughly 4’x4’x8’). The cut cedar was hauled by the men, women and children to an open place away from trees. The branches were cut into lengths (both straight and crooked) and the bark was peeled off and set aside. To build the kiln, the cedar was stacked on end around a tall pole in a teepee shape. More cedar was added, closely stacked, round and round, creating a mound. The cedar bark was spread over the mound and then the entire kiln was covered with four inches of dirt. A trench was plowed around the kiln to prevent the spread of fire and provide a supply of ready dirt. The center pole of the kiln was carefully extracted and a burning rag- topped stick was pushed down the empty hole to light the kiln. Smaller holes created around the bottom of the mound allowed the charcoal burner to moderate the temperature and air flow.

The charcoal burner continuously watched the kiln and monitored the amount of smoke billowing out of the top opening for up to four days. Green cedar was used so it would burn slowly and char not flame. As the kiln burned, the mound would collapse in places; dirt had to be quickly shoveled onto these openings to stop oxygen access to the kiln. Charcoal was best when it charred slowly, and the charcoal burners of Charcoal City were well-known for producing a high-quality product.

When the kiln stopped smoking, it was time to “draw it out” using the long pole with a hook to pull it apart and rake the hot charcoal into a large ring to cool. Live coals were doused with water. Cooled charcoal was shoveled into 7-gallon lard cans — two cans filled a grain sack. The sacks were loaded onto 14’-16’ wagons. Roundtrip between Charcoal City and San Antonio to sell the charcoal took two and a half to six days depending on the weather, road conditions, flooding and just how long it took the load of charcoal to sell.

The men reportedly loved the trips into San Antonio. The charcoal burners camped at Leon Springs where their horses and mules had good pasture. They cooked meals of bacon and eggs, pan hot bread and coffee. At night, camp fires illumined dark, worn, sun-wrinkled but content faces as stories were exchanged, fiddlers played favorite tunes or verses were read from the Bible.

From dawn to dusk, the men would drive through the streets of San Antonio calling, “Charcoal, charcoal for sale!” On average, a wagon load sold for $8 to $24 dollars depending on the demand. In December, the wagons also carried fresh cut cedar trees for city folk to buy. Trees usually sold out before the charcoal. The men were always anxious to be on the road back to Charcoal City; they hated being away from their families:

“It ain’t but natural for me to be a family man … that was the grandest life in the world out there burning charcoal … and the healthiest too. We never did know what sickness was.”

While many people looked down on the charcoal burners as lower class, uneducated and ragtag people, those who lived near them knew otherwise. They were good citizens, never in debt, hard-working and fun-loving. Most tended not to drink too much, were God-fearing and enjoyed family life. Their kids were fed and clothed and life was simple. Births, weddings and revivals were celebrated with shared food, music and real joy. None of them were ever rich; they were content with “just making a living” and being healthy:

“We never had no money to speak of, but I loved my old home out there in Charcoal City even if it was no-count. People was good to one another, and when you did something for a neighbor or friend, we never thought of pay.”

“All I ever knowed was hard work and cutting cedar. We raised eight children, and never had any kind of sickness. It was a hard battle at times, but I am thankful.”

Would that we all shared a charcoal burner’s perspective on life.

Your ticket for the: Charcoal burners of the Guadalupe

Charcoal burners of the Guadalupe