A flight to remember

September 13, 2020
Around the Sophienburg, Sophienblog 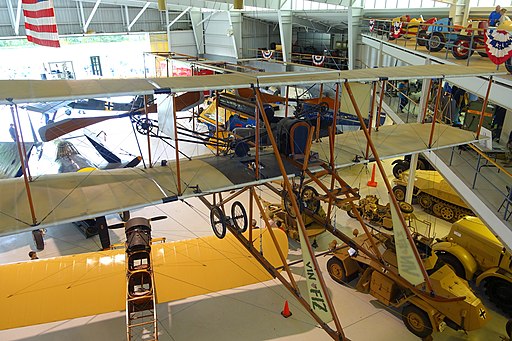 On Saturday, October 21, 1911, James Ogletree and a buddy finished gathering pecans along the Guadalupe River near the Gruene Road bridge and walked up to his grandfather H.D. Gruene’s store. There, they heard the MKT depot manager exclaim that he had just received a telegraph message stating “a fella named Rodgers is going to fly an aeroplane right down the Katy tracks to San Antonio tomorrow!” To the boys, who were used to the wheel age, the idea of a man flying was more than a little hard to swallow.

The news of the fly-over of the first airplane to fly from the Atlantic to the Pacific made its way by word of mouth like a wild fire up and down the streets, roads and dirt tracks in and around Gruene, New Braunfels and Solms. Just after 12 noon, folks would see their first aeroplane!

Teenager Oscar Haas was working at a store in downtown NB that Sunday, October 22. All the stores and businesses closed up a bit before noon allowing everyone to make a beeline to secure a place along the MKT tracks. A steam engine hissed by, pulling a Pullman sleeper and a day coach (for the pilot’s family, sponsors, manager, and mechanics), a hangar car (for plane parts and a car) and a caboose the roofs of which were painted white to be easily seen by the pilot.

Youngster Fred Oheim and several of his pals had run to the courthouse and rushed up the stairs to the tower along with Dr. A. Noster to view the fly-over. Dr. Noster had brought a pair of field glasses with him which he shared with the excited boys. With those glasses they clearly saw the “box kite-like plane with a tail behind it for steering assisted by a pair of vertical flaps in front. The motor and radiator were in the center of the plane, with the propeller just behind the trailing edges of the wings.… Rodgers sat on the edge of the lower wing and worked two levers to warp the wings and move the elevators … his feet on pedals that controlled the rudder. A broad leather strap around his waist held him in his seat.”

Back in Gruene, people had begun to gather at daybreak causing the bartender in the saloon (Gruene Hall) to open early and let in the menfolk. “It was a brisk, cool morning and [they] had a few shots.” Ogletree and his friends watched the ladies scoot off to the store across the street. After a while, someone suggested that the best view would be from atop the store. The bartender pronounced the bar closed but allowed the thirsty to take a bottle with them.

People then crowded into the store, up the stairs to the second floor, through a trap door to the attic and then through another trap door out onto the roof. This trip was accomplished by sober and drunk men, women in long skirts and petticoats and children like James Ogletree and his cohorts.

The jovial crowd braved the crisp, fresh wind all eyes straining to see up the tracks to the north. “The aeroplane!” alerted the group, but on closer inspection the brown spot was only a buzzard.

H.D. Gruene had put his gigantic U.S. flag on the rooftop flagpole (a rite reserved for the Fourth of July, Texas Independence Day and National Inauguration Day) to salute the pilot. The bartender had also passed Gruene’s assortment of fireworks and brought a large sky rocket with him to the roof. Shortly before noon, they heard “an odd humming sound from the north and a brown speck appeared in the sky over a train with white car tops…we could see it [the plane] plainly. It looked like a long framework with two white wings across it…the pilot sitting out in front of the lower wing.… On the bottom of the lower wing were the words ‘Vin Fizz’ (Cal Rodgers was sponsored by Armour Packing Co., who made the bubbly drink).

As the plane headed straight for Gruene, a cheer went up, men shot off their six-shooters, ladies screamed, children cried and then the bartender set off the giant sky rocket. As it “arched beautifully in front of the plane and burst into a brilliant red flare Rodgers saw it all and wobbled and flopped his wings.”

H.D. Gruene, anxious for the integrity of his old roof, coaxed the people down. The celebration continued in the streets and, of course, in the saloon. As Ogletree and his pals peered through the bar’s windows at the men drinking and playing cards (minors and women were not allowed inside), they witnessed an altercation. A stranger had pushed an employee back over and onto a table, scattering chips across the floor. “He then pulled a knife and made for the employee who dove through the windows over our heads and rolled under a wagon at the hitching rail.” The stranger made for the door and the wagon.

A deafening roar from an old Winchester 44 six-shooter in the hands of H.D. Gruene accompanied a well-aimed shot into the wagon showering the knife-wielding stranger with wood splinters. The stranger, with that subtle encouragement, rode out of town and Mr. Gruene calmed down the assaulted employee with a cold beer.

According to Ogletree, it was “a glorious day.”

Cal Rodgers began his transcontinental flight on September 17 at Sheepshead Bay, NY. He landed in Pasadena, CA on November 5. Out of the 49 days of elapsed time, he only spent three days, ten hours and four minutes actually in the air. He made 69 separate flights in crossing the US. By using westbound railroad tracks and his wife’s neck-chain watch sewed to his leather gauntlet to navigate, he landed in and took-off from open prairie land, uncut pastures and parks. He survived 16 – 39 major near-fatal crashes and minor mishaps; each time both he and his plane, the Vin Fizz, were fixed up by his support team. By the end of his trip, the Vin Fizz had been repaired so many times over that only one rudder and wing strut remained from the original modified Wright R airplane.

His flight over justTexas took two weeks and 23 stops.

Before his fly-over of New Braunfels that October Sunday, Rodgers was laid over in the little town of Kyle to wait for parts. Rodgers had his crew assemble a Wright Model B plane so he could take spectators for rides at a fee. When a little boy, Newt Milhollan, offered him a quarter, Rodgers set him in the passenger seat and said, “This one is a gift, a gift of flight, the sky and the wind. You will see your whole town and the fields around it. You will know a different world. Now that is a gift to remember.”

Your ticket for the: A flight to remember

A flight to remember